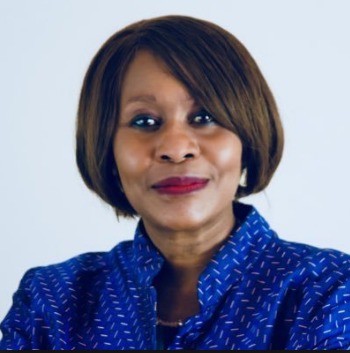 H.E Professor Judi Wangalwa Wakhungu EGH was in January 2018, appointed as the Ambassador of Kenya to the French Republic, Portugal, Serbia & Holy See. In this diplomatic capacity, she will serve as Kenya’s highest ranking representative with direct responsibility for stewarding negotiations and delivering essential bi-lateral messages on behalf of Kenya.

During the period, 2013 – 2018 and prior to this nomination, Professor Wakhungu served as Kenya’s Cabinet Secretary for Environment and Natural Resources where she was responsible for ensuring good governance in the protection, restoration, conservation, development and management of the environment and natural resources.

Prior to her appointment as Cabinet Secretary, the technocrat was the Executive Director/ Professor of the African Centre for Technology Studies (ACTS) in Nairobi, from 2002 to 2013. The ACTS is the Nairobi-based international inter-governmental (IGO) science, technology, and environmental policy think-tank that generates and disseminates new knowledge through policy analysis, capacity building, and outreach.

Prior to returning to Kenya from the USA where she had worked since the completion of her doctoral studies, she spent many years at the Pennsylvania State University where she served as an Associate Professor, Science, Technology, & Society, and as the Director of the Women in Science and Engineering (WISE) Institute.

Professor Wakhungu has served on several boards and committees, both nationally and internationally. She was the Technical Advisor to the Group Energy Management Assistance Program, World Bank from 2010-2013 and Research Director of the Global Energy Policy and Planning Program of the Toronto based International Federation of Institutes for Advanced Study (IFIAS). She also served as the Project Leader of the Renewable Energy Technology Dissemination Project of the Stockholm Environment Institute (SEI).

She has had the distinction of being the “designated energy expert” for the United Nations Commission of Science and Technology for Development (Gender Working Group).

She was awarded an Honorary Doctorate from the University of Reading in 2017.

She is a member of the Giants Club, which brings visionary leaders together to support the protection of elephants. She is the recipient of several honours and awards including the Clark R. Bavin Wildlife Law Enforcement Award- 2016.

A serial and multi-talented achiever, the former international sportswoman was ranked Kenya’s top tennis player as a youngster.